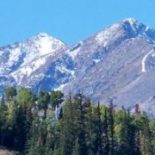 The Value of Experience

The second and third days were primarily just putting the miles down. I left Tennessee Monday(8/20/18) morning and arrived just north of Sioux City, Iowa this Tuesday afternoon(8/21/18). I think that I have calluses on my hand from holding the steering wheel so long. I am so close to South Dakota, that I will reach it by 9:00 am in the morning(actually I was less than 10 miles away). I will arrive in the Badlands, SD a day earlier than originally planned. In my original planning, I thought that 300-350 days would be long. Then I realized, what else do I have to do but drive.

A little while after leaving Tennessee, I decided on a quick detour to Paducah, Kentucky. After all, I am driving to see America and Paducah did not disappoint. I saw a town that was once a very busy and bustling town right on the river. Back into the olden days, river towns were the crossroads on America. I drove down to the “art district” and walked around a bit. 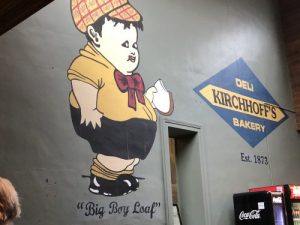 They are doing a lot to rejuvenate the town, but it is in south west Kentucky. It was getting to be lunch time, so I saw someone walking down the street with “Doggy Bags”, so I had to inquire. They were locals and recommended Kirchhoff’s. The food was great and I now understand why all of the locals eat there.

Boy, I have never seen so much corn in my life. Who eats all of this stuff? I guess the pigs and cows as well as the ethanol plants. There was corn in every state, but Missouri and Iowa were blanketed with it along with soy beans. Once I got to South Dakota, I continued to see corn in the fields and also at the gas pump.

Monday, (second day) it was raining all day, so. I decided to bag camping and stayed at the Drury Inn in Columbia, MO. That was really luxury. A nice, big hot shower and free breakfast got me raring to go on Tuesday morning. I made it to Kansas City within a couple of hours and then headed north west to St. Joseph and Omaha. The landscape really flattened out once I got past St. Joseph. I skirted Omaha and went right through to Sioux City.

As the last two days have been nothing but interstate surfing, there is not a lot to write about. I did treat myself to a Chik-fil-a sandwich today once I got passed 1,000 miles. I love how you can drive a half of the way across the country and still get the best quick service sandwich there is. Oh, I also cheated tonight and picked up a 6 inch turkey on wheat from Subway for supper at the campsite.

Tuesday night I stayed at Stone State Park, just north of Sioux City. A quaint campground deep in the woods. There are less than fifteen campsites and much fewer level ones. I found a good one, however, I think it is a couple of degrees off level. I have the Sportz Cove set up with a view into the deep forest. I can have the Sportz Cove set up within five to ten minutes. I have recorded a time lapse video of me setting it up, however, I do not have the bandwidth to upload it.

view out of the back of the CRV

BTW, the blood suckers here are just as aggressive as those back home. I am learning how to quickly dive into the back of the CRV. You should see this sixty eight year trying to be quick and nimble.

On another note, I had intended to generate a video log of my trip. I have since realized that this takes a lot of effort. Especially, if I wanted to show all of the interesting corn fields and … the corn fields. I just ddi not want to stop every once in a while to set up another camera to capture B roll images, nor did I want to interrupt my effort to get in the miles. Maybe when I have an easy day, I can spend time piecing together the many different events of the trip. I have come to really appreciate those YouTubers who Vlog all of the time. It really takes a good deal of planning and effort.

One comment on “Five States and Over Eight Hundred Miles”

This entry was posted on August 25, 2018 by Hank Edwards in Travel and tagged 5 states roadtrip.